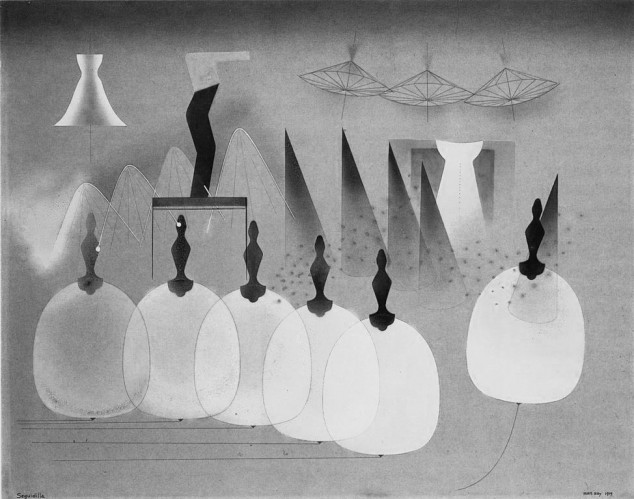 for the third international interdisciplinary conference in a series devoted to the cultural history of Modernity. The subject of the conference is:

Applications (accompanied by a topic within the thematic areas of the conference, a 300-word abstract, and a short bibliography) should be sent electronically to conference.cultcentersu@gmail.com.

Thematic Areas of the Conference

Considering that, for centuries on end, shadow images have appeared to be subject to eide, icons to the Divine behind them, the visible to the invisible, and the visual to speech, writing, numbers, and music, could we now be living in a world in which these relationships are changing radically?

The answer is yes, at least according to theorists of the “visual turn”, which has been  widely discussed in the humanities and social sciences in the last twenty years or so. The new visualists do not satisfy themselves with a traditional situationist critique of the society of the spectacle, nor do they demonstrate a Frankfurtian contempt for the snowballing commercial imagery that has colonized the life-world after a series of revolutions (of photography, advertising, film and cartoons, television, design, fashion and the lifestyle industry, digital communication with images, images in the social networks, and so on). Those who are philosophically-minded among them claim that the social field is in fact a visual field and that an ideological critique is actually possible only in the form of an iconological critique: that the communicative space itself ought to be interpreted and analyzed as a visual scene structured by naturalized ideologico-visual asymmetries.

Anti-elitist cultural scholars and anthropologists, for their part, seek the positive potential of all this: nowadays images permeate everyday life at the molecular level, they are part of the most ordinary human practices: they establish contacts, assign roles, create new phantasms and desires, provide previously non-existent models of identification, turn into powerful political, propaganda and marketing tools, occasionally replace with instant messages that which used to be expressed through long texts. It is claimed that thanks to the new technologies, this opens up not only possibilities for mass creativity but also a new field for visual politics, for social or creative interventions – both before the separate individual and before micro-groups, subcultures, political formations, activist networks and teams. In the visualized world, the role and boundaries of contemporary art are redefined, and installations, performance, design and architecture can offer – realistic, utopian or anti-utopian – models for the construction of a living environment.

Critics of the visual turn, for their part, are suspicious of the simultaneous, instant and easy-to-assimilate character of images. They do not like the increasing speed of visual circulation, the condensation and compression of visual information, the ultra-intense, shock effect on the senses and the imagination, pointing out that all this comes at the price of a marginalization of verbal and reading culture, loss of concentration and reflexivity, degradation of the imagination, a shift of focus from reason to perception and easy effects; some of them have even announced the decline of critical consciousness and the collapse of civic democratic culture.

Hence, the question of how images are to be thought of is more than urgent: it is a practical, political, cultural, but also a scientific problem; it is crossing the disciplinary boundaries and turning into an interdisciplinary research program that casts bridges between epistemology, anthropology, semiotics, rhetoric, media studies, art theory, psychology, cognitive and computer sciences, as well as sociology, theory of democracy, film, theatre and dance theory, behavioural sciences and biology; visual problematics simultaneously call into question the traditional logocentrism and “the linguistic imperialism” of philosophy and literary theory.

That is why the development of a detailed, multifaceted and critical interdisciplinary program (we will provisionally call it visual anthropology) devoted to how images exist and function in today’s life-world would give us an important key to making sense of the present world. The third of our traditional conferences is devoted precisely to these problematics. The conference is also connected with the visit to Bulgaria of the outstanding German scholar, Professor Hans Belting, one of the founders of this area of research.

Below, we offer participants something like a map of the possible problems. Of course, we do not expect that our conference will cover all of the questions we raise – the thematic areas and panels we propose are only tentative, and they are meant to inspire applicants to submit original proposals. The conference program itself will be finalized on the basis of the submitted proposals for papers.

General Questions: Boundaries of the Image

The New Situation: the Mass Access to Mechanical Reproduction of Images

Images and the Contemporary Life-World

Social and Political Interventions through Images

The Image in Contemporary Scientific Research

Hans Belting’s “visual anthropology” started from art history, but it has changed the very boundaries of the traditional discipline. We propose for discussion some of Belting’s traditional topics, the idea being to evaluate his contributions and go beyond them. Here we propose the following questions for discussion:

The Development of Visual Studies in Bulgaria

The conference has an organizing committee made up of eminent Bulgarian scholars. Part of them will present their papers at the conference.

The other participants should apply for a paper or a presentation within the thematic areas of the conference, which is open to young scholars and people working in the sphere of the humanities, social sciences, and the arts (assistant professors, doctoral students, young artists up to 35 years of age) from SofiaUniversity and elsewhere. Applications should include the title/topic of the paper/presentation, a 300-word abstract, and a short bibliography. General topics addressing the above-mentioned issues are also welcome, but the committee will particularly encourage analyses and presentations of specific case studies, specific research hypotheses, political programs, artistic projects and works, processes in philosophy, science, and the arts.

The conference will be accompanied by a

run by the members of the organizing committee. Applicants for the seminar (doctoral students in their second or third year) are invited to present a topic or problem related to their dissertation (the topic need not fall within the thematic areas of the conference, but such proposals will be given priority). The seminar will provide a forum where the particular topics and problems of the doctoral theses will be discussed by experts and peers in a broad interdisciplinary context. Participants in the seminar will also have the opportunity to attend and take part in the discussions during the sessions and the round tables at the conference.

Applications – which must include a topic from the dissertation, a 300-word abstract, and a letter of reference from the supervisor declaring that the student will be given credits for participating in the seminar – should be sent electronically to conference.cultcentersu@gmail.com.

Expenses of participants from SofiaUniversity (for travel, meals and accommodation) will be covered by the organizers. External participants are expected to cover their own expenses.